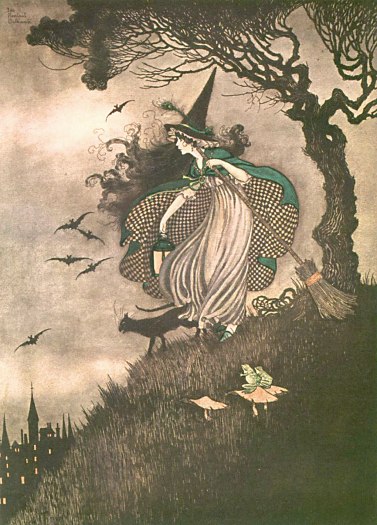 I don’t feel well¸ I’d whispered just loudly enough for my own ears to register.

I reached out for the wall beside me, steadying quivering knees, and felt my hand slide southward until it came to touch the floor. I wrapped both arms around my bent legs. In this custodial cocoon, I closed my eyes and searched for a thread of clarity as a new anchor of support.

Another sound my ears captured—their scattershot proficiency even further impeded by the thump of my resonant heartbeat—was a half growl, half moan, also coming from me.

I spoke again in a whisper, directing my words to both recently and long-passed female relatives, If you all think this is funny, I will find a way to make you pay for your merciless amusement. Leave. Me. Alone.

I looked up and scanned the room. It was rich with excavated artifacts—urns, beakers, swords, and tools, skins, sketches, baubles, and bowls. Relics unearthed from the very ground I stood upon—or hunched over, as it were.

The Kilmartin Museum was perched atop a small ridge that ran along the edge of Kilmartin Glen—a stretch of prehistoric sites through the valley of a tiny village in western Scotland. It was here I was suddenly sinking with the feeling of lassitude—which I’m certain brought a smirk of self-congratulations to many of my female ancestors, as the words they shared with me when alive were of the variety that would bring great alarm to most, but were banal and eye roll-worthy to me during my youth:

You’re an old soul—you simply can’t recall your past lives. The tarot cards show this.

Open your ears to the goddesses, don’t put up such walls to their speech.

You are but a vessel—and willing or no, your spirit is an empath and draws the needful toward you.

I’d believed none of it. But partly wished it were true. They believed all of it. And impatiently waited my surrender to their truth.

I’d come for research—to resurrect not only the tangible details I’d need for my story, but the perceptible ones as well. One provided a sense of touch, the other, palpable only by the mind. Many storytellers find that if one can stand in the spot where the tale unfolds, and utilize all one’s senses, countless doors of creativity swing open with ease.

The problem I was encountering was not so much the onset of malaise but discovering that the long distance travel had not shaken the long buried voices of my own dead relatives—those who regularly muttered around me—and they now intermingled with the voices of those I wished to hear more clearly and singularly.

The book I was writing steeped within a warm soup of Celtic mythology and village mystics. The book I’d just finished was fraught with warring witches and fear-filled kingdoms. Death snaked its way through both narratives, just as my familial undead featherstitched their presence uninvitingly through more of my calendric cycle than I wish were true.

Their calls—which were clearly an unmistakable theme in both books—repeatedly stressed, You are one of us. Do not be deaf to the obvious and inevitable.

And although I may have purposefully shut out the opinions my more eclectic family members layered on, I have never been deaf to great books, as they speak to me with more than mere words. They leave countless overarching impressions. When you are the reader of any story, the author prays they have cannily articulated some message to you, and you leave feeling moved by the experience. When you are the author, you hunt for that affecting message. It is oftentimes a slow sweeping away of debris that reveals the structure: the bones, the skull, the spine.

And standing in a multi-roomed hut, jammed with primitive curios, or upon a battlefield, the acrid smoke charred deep into the soil, or beside a cairn, the stones heavy with the grief of thousands of tears, I can barely pick out the tone of my own long ago voiced youthful complaints as I stymie the growing sound of history’s vocal barrage.

I’m not like all of you. I’m my own person, I’d said to some auntie, eyeing me with pity through the wisps of the exotic smoke from her cigarette.

She’d shaken her head. You see it wrongly. You are not tethered to this hallowed ground with an anchor, but rather a tube. One that can act as a channel.

She is right. There is a hurricane of chronicles waiting to be heard. And countless times in my life I have been in the right place and present at the right time where the valves have twisted open. At these moments, I am usually caught unawares and overwhelmed.

Fighting off a chorus of narrators, rich with the urgency of untold tales is akin to skittering down an icy, rock-laden hill. You will not come out unscathed.

As writers in any genre will affirm, there are myriad ways to quilt the patchwork of a story together: spending months or years in a library while pouring over reference books, chronicling dream journals and cherry-picking threads of a narrative from within it, ferreting through new innovation and discovery via disrupters and thought leaders we interview. The list is endless.

But there are those that believe the stories are omnipresent, ubiquitous as the air we draw for each breath. And within our breath is the breath of others. Our task is to tap into the substance of it, the elements within it. We simply unveil that which keeps it muffled from others’ ears.

I had no inkling I would be a teller of tales one day, that I would find a snug fit of comfort stretching beyond the bounds of everyday humans and attempt to build worlds elsewhere. And for an unfathomable amount of time I stubbornly resisted seeing one of those unhuman worlds as it was repeatedly illuminated by others who believed they held access to it and wished to hand me a key.

Those experiences—the ones where I’ve been flooded with the emotions, or voices, or thrumming vibrations that did not belong to me specifically—have more often than not, not been welcome. I don’t know why they appear. Maybe those women are right. Maybe I am an empath. And welcomed or no, some unseen fingers may continue to twist open that wheeled handle despite my trying to plug the spigot. But lately … lately I have wondered why I would willfully eliminate a source of inspiration or guidance. Why would I dismiss a muse as it sits staring into my face, or whispering into my ear?

So for writing’s sake, for the enrichment of story, I will try on the hat—to see if it fits. Fits like a child’s head, warmly embraced within the arms and bosoms of women long passed, but refusing to be forgotten.