I cannot write if I cannot sleep.

I even find it too taxing to breathe if I’m deprived of undisturbed slumber. My mindset is basically, Why bother? Just end it all now. And by end it all, I mean leap off a cliff, not leap out of bed.

Last night I nearly came to the end of my tether, and all because of something no larger than a raisin. To be frank, a squished raisin was what I had in mind come morning, if only I could locate the culprit.

Falling into bed, exhausted from a day in which I crammed more hours than nature traditionally allows, I was prepared to lose consciousness before my eyelids fully closed. And I would have, if the dog wouldn’t have started a low rumble, indicating a breach of territory. 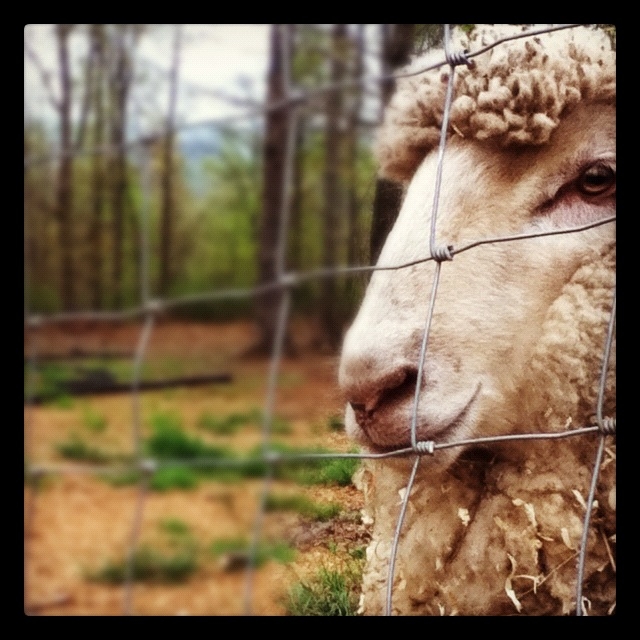 It was just the two of us in the room that night, as Sir Sackier was already starting a day in the UK that hadn’t been given a thought to in the US. I told the dog to give the first shift of night duty to the cat. She could handle the job, seeing that most of the deadly nocturnal action around our house didn’t begin until our two sheep, who act as if their meadow is the ultimate nightclub and they’re the self-elected goons guarding its entrance, have announced last call and locked up for the evening.

Well, the dog gave up reluctantly. Maybe reluctant isn’t the right word. He remained suspicious, as if he were going to be judged on the cat’s performance. Therefore, he made sure I knew that even though his eyes were closed, his ears were on high alert, and he made a small test woof about every fifteen to twenty seconds lest I forgot.

His act probably lasted no more than three minutes before the cat leapt up on the bed and did a tight rope routine across the length of my body. Her message was clear. Oh Captain, my Captain! Something is amiss in the control room.

I listened for a blurry five seconds before asking her to get off my head and then, taking my non-response for lack of leadership, she approached my second-in-command. The dog followed her out the bedroom and down the hall, reminding me I needed to remove his toenails come daylight.

I’m guessing I must have been asleep for about sixty seconds before my alarm clock went off. Well, I thought it was my alarm clock, but after I hit it three times and then finally threw it across the room, it kept going. I was forced to open my eyes and reacquaint myself with consciousness.

Somewhere, somebody’s weird alarm was going off. And since neither the dog nor cat has made it that far in my How to manipulate household appliances training manual, I was going to have to handle this one myself. I did, however, make a mental note to skip to that chapter with my furry on-call staff first thing in the morning. I walked toward the kitchen, hearing the piercing little siren grow louder with each step. In my head, all I could think about was how both my kids were always showing me new tricks with their iPhones, programming their devices to chirp, whistle, rattle, and purr. This is the language of “teen speak,” which most adults usually mistake for embarrassing bodily noises they’re too polite to address or faulty air-conditioning units.

When I flipped on the kitchen light, ready to rewire some Apple hardware, the knife-like distress signal immediately halted. The dog and cat stood looking up at me, blinking back at the sharp, bright light of that which is needed for human eyesight.

“What is going on here?” I asked my night watchmen. No one uttered a word. “This had better not be a prank, because there will be hell to pay, and remember, only I know how to unscrew the lid from the treat jar, guys.” They were tight. No one was willing to squeal.

I thought about organizing a witch hunt, but I’d need torches, some rope and a few hundred angry townspeople for that. I was too tired. I flipped off the light and went back to bed, leaving them both in charge.

My head just grazed the pillow when the miniature shrieking siren took up its wicked pitch. I wondered if I could sleep through it. I tried for sixty seconds. Too loud. I fumbled in my bedside table and found some earplugs from 1972 and shoved them in as far as the human ear canal allowed. Now the sound of my own breathing was keeping me awake. I pulled them out and flung back the covers, determined to find the source.

Returning to the kitchen and then whipping on the lights, the room went silent. The only things I saw were two furry bottoms sticking up in the air, while two furry heads were buried deep beneath the ovens, clearly pointing out where the distress signal was coming from.

I got a flashlight and added my bottom to the chorus line. We shined, we peered, we scoured. One tiny black-bodied cricket looked back at us from a cloud of dust bunnies and a few dried chickpeas that must have escaped from a dish I served last Thanksgiving.

“Jiminy Cricket, are you trying to tell me that’s just ONE CRICKET?” I shouted at both of them. The dog gave me a roll of the eyes as if to say, “Yeah, right, tell me about it.” That cat refused to say anything because, of course, cats don’t talk. And seeing as I wasn’t about to get any shuteye, I set up my laptop on the floor, wrote my blog post and then played a few rounds of gin rummy with the cat and the cricket, who as it turns out, is a slick little card shark.

Okay, I’m not entirely sure that last part happened, but sleep deprivation wreaks havoc with your memory, and at this point, I’m not questioning anything. Stranger things have happened, but they usually happen somewhere around me.