Somehow … my brother realized she was Tier One Talent and that he had happened upon a gold mine.

Somehow … my sister-in-law answered yes to his proposal of marriage.

I believe she may have been clubbed over the head, dragged back to his cave and denied food and water until she agreed, but that’s just a theory. (And for proof as to why I developed this hypothesis, last week’s post gives a rough outline that might illuminate.)

Regardless, this lovely woman gave her husband a plane ticket for his birthday, sending him off to mess up other people’s kitchens for a long weekend. I owned kitchen number one, but before we could put any floured fingerprints on my counter tops, we first needed staples. Therefore, we went to the place where both my children’s college funds have been spent.

My initial idea of arriving at the store for a “spontaneous” menu creation was born after a few weeks of seeing my email inbox overflow with my brother’s dazzling bill of fare ideas and the suggestion that I begin hunting down local food purveyors who could source out needs. 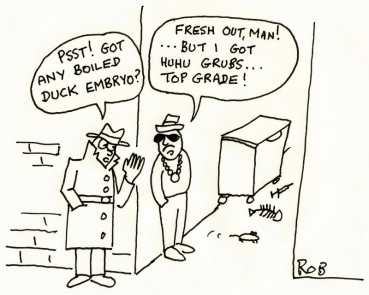 Panic set in when I realized I was going to have to make some long term promises and exchange money under the table. We were probably better off not knowing who could locate Huhu grubs, boiled duck embryo and sheep back fat. Okay, I could locate sheep back fat, but it was still very much in use by its current owners, so I had to put the brakes on. Whatever was in the bins and behind the shiny glass cases at the grocery store would source our needs.

While in the shop, a common occurrence was turning my back for thirty seconds and then pivoting to see my brother surrounded by people—both shoppers and stockers—who were wholly absorbed by whatever my brother held in his hand and the sagacious, culinary-infused words that came from his mouth. Within moments, folks were raising their hands to share a personal story—both ebullient and tear-jerking—of some meal that moved them. My sibling is a Pied Piper of the gastronomic world.

Once back at the ranch, it’s all business. Aprons donned, knives honed, hands scrubbed, patient prepped. (And by patient, I mean “deceased bovine.”)

We made steak fajitas. Except these didn’t taste remotely close to my original version—the one I’ve perfected over years and years of practice. Mine were no longer perfect. But the fact that I took mental notes and then called my brother because my mental notes had massive gaps in them means my steak fajitas will now be perfect again. That is, until he comes back to visit.

We pummeled avocados, chopped onions, diced tomatoes, gutted peppers, shaved cheese, seared skirt steak, shredded greens and peeled garlic. Bushels of garlic. There is no vampiric activity within miles of the house. In fact, we can’t even get Twilight to play on TV.

Yep, you read it right. The stuff we put in ice cream and cookies. The chef says to take about 1 ½ — 2 lbs of skirt steak and marinate it in the juice of four freshly squeezed limes (toss the lime halves in as well), 1/2 cup of olive oil, an entire head of garlic (don’t worry about chopping, just peel and smash each clove with the back of a knife), salt, pepper, oregano, and 1/4 cup of high-quality vanilla. Let it burble away for an hour on the counter or for the day in the fridge. Grill it. Slice it. Eat it. Beg for more.

The other big meal was an experiment that came to us on the fly. We were going to smoke short ribs, but decided to use a slightly unconventional wood. In fact, it wasn’t wood at all. It was PEAT. My favorite flavor in the world. 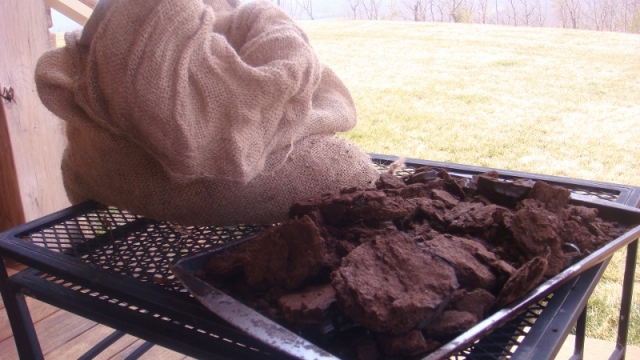 Last summer, I got myself a birthday present. Two forty pound bags of peat. They arrived in two canvas sacks, housed within a large cardboard box and handed over by one irate UPS guy. “You shipped eighty pounds of dirt to yourself?” he asked me, rubbing his back.

Then at Christmas, I received another eighty pounds of it. I didn’t order it. No one in my family ordered it. And I know the UPS guy didn’t order it. It was a mistake from the company. Thank you, Irishpeat.com. Sorry, UPS guy.

So we smoked these beautiful grass fed short ribs for about three hours and then made a one pot meal by layering the ribs on the bottom, covering them with mirepoix, beer, beef broth and eventually adding potatoes and greens to finish. Click here for the full recipe.

Lest it need to be spelled out, the grub was good. Damn good. What phrase is more potent than damn good that I can use to explain the awesome quality without offending sensitive ears? You’re right. There is none available.

But to sum it all up, we acquired, we cooked, we conquered. The kitchen, although scarred, is grateful to have been included.

13 thoughts on “Gridiron Chef; we shopped, we chopped, we smoked, we seared.”