My grandmother once said to me, “A girl should be like a diamond. The more facets she has about her, the more appealing she becomes.”

This came from a woman who had to leave high school to work the family farm, and then went to night school to get her GED so she could work her way through the accounting department at JCPenney’s. She was a whiz at math and took exceptional pride in the opportunity to beat any cash register when pitted against it. She owned a grocery store, was a caterer, spoke three languages, played a wicked golf game, took karate lessons and lastly, took a course in How to Build Your Own Bomb Shelter.

She was not your average mother’s mother.

I tell you this because lately, as I’ve been hunched over the ever-spreading, perpetually-broadening mass of weeds that infest my garden floors, I am accompanied by the cheer-infusing, thought-provoking song of a mockingbird.

This warbling, mimicking, capricious minstrel strikes me as one who’s still searching for just the right fit, testing the waters by dipping a toe into many a pool to satiate the desire for true fulfillment. He wears an array of caps, and within a minute or two, cycles through a search for the answer to, “Am I a blue jay? How ‘bout a cricket? Now I’m a blackbird. Let’s try a hawk.” Continually learning new songs and sounds to imitate, he is the quintessential skill builder.

History has taught us that typically, we had precious little time to attempt adding anything more to our daily calendar than hunting, gathering, breeding and fighting. Include all the hours we spent building alters and purification fires, creating feasts and paying homage to our many gods, and it’s easy to see how your whole day is shot. Worship is a full time job.

The Industrial Revolution altered our schedules, along with our standards of living, nutrition, life expectancy and for some, the ability to now get a table at trendy restaurants. Everything depended upon which rung of the social ladder your foot rested on.

But coal mining and factory work wasn’t for everyone. Especially, those who didn’t want to face a piece of equipment that made their prior skills irrelevant. It’s easy to see how a person who studied the fine art of lacework for the bulk of their life could be persuaded to join the League of Luddites and go all “John Henry” on a piece of machinery. English: Frame-breakers, or Luddites, smashing a loom. Machine-breaking was criminalized by the Parliament of the United Kingdom as early as 1721. (Photo credit: Wikipedia)

And then came the growth of mass education–reading in particular. At first, it was largely influenced by religion because holy books weren’t just there to make the coffee table in the parlor pretty and Books on Tape hadn’t had a chance to record that big guy yet, nor make the tape they’d eventually use for the project. So literacy was key. And now that we could read, we were given access into other people’s thoughts, opinions and experiences. Roughly speaking, it expanded our circle of campfire stories exponentially. The act of taking in new information usually has some measurable impact on the average Joe. It often shows up in the form of thinking. Thinking can lead to action, action could lead to dancing, and as some religious leaders of the world believe, it’s usually all downhill from there. 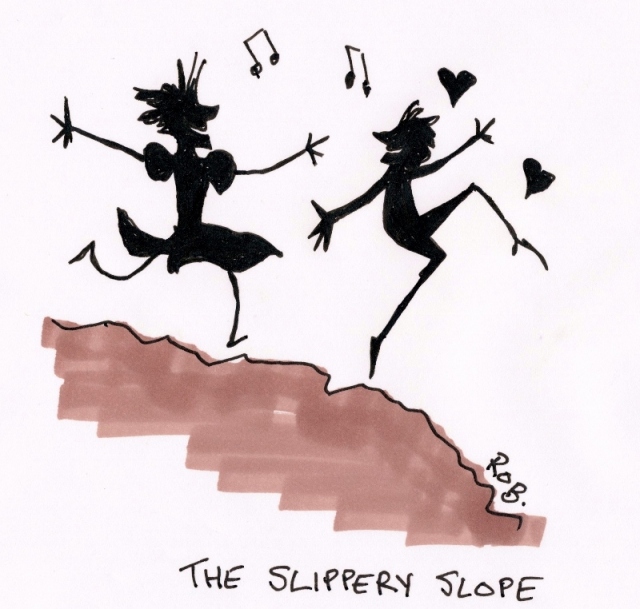 But in a few other parts of the world, thinking led to the awareness of dissatisfaction. And that led to big action.

Cue women to join us onstage in the giant chorus of the workforce. You know what happened then, don’t you? It was a tiny little thing, but it had a big impact on career aspiration. THE PILL.

Yep. Now women were growing bolder with the knowledge that they had choice in deciding when to have a family, if at all. Finding a vocation suddenly became a word dripping with possibility.

Sadly, many of us are encouraged to make those occupational picks at much too early an age. Facing a guidance counselor, who spreads out a dozen career pamphlets in front of you, or visiting a high school college fair often leads to hasty decisions. Now you find yourself propelled onto an ill-suited professional track from the idiotic act of putting your name down on a clipboard simply because they had a bowl of brightly-colored candy sitting beside it. 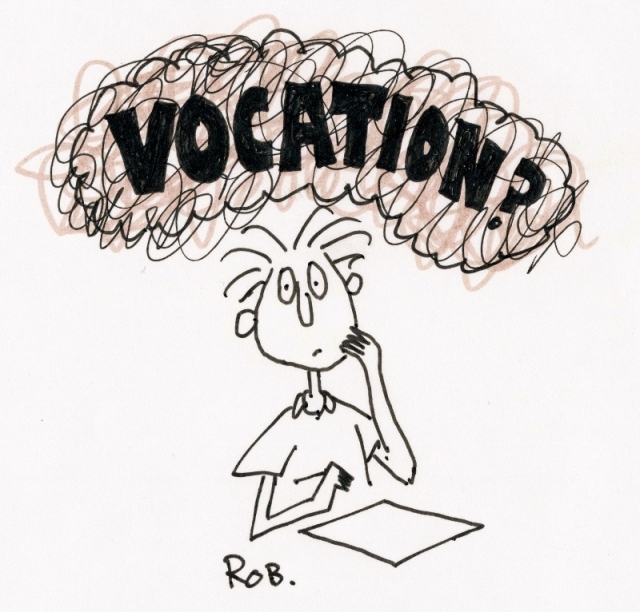 As a parent attempting to guide my firstborn through the highly stressful process of college searching, the one piece of advice I find myself repeating is this: Don’t specialize.

Over the last several years, hearing my children (okay, and let’s face it, a great chunk of children going through our current educational system) utter the words, “I’m never going to use this,” when referring to homework from a subject they detest, puts my mouth into automatic gear.

“That’s not the point,” I lecture. “The point is you are learning how to learn.” And until we modernize our schooling ideas, this is the best rationalization I can come up with.

It’s a critical process that will ultimately help each one of us attempt something new, or challenging, or death-defying. Who says we have to stick to only one career, one calling, one song? I admire my grandmother for her desire to not only plow the fields of her farm, but those of her heart’s ambition. And maybe that mockingbird is my grandmother reminding me, as I clear away the weeds, not to neglect planting a variety of seeds in their place.

So I say grow a little. Stretch out of that comfort zone. Whistle a new tune. Chip away at something new and hard. Be like a diamond.

13 thoughts on “Don’t kill a mockingbird.”