General words of wisdom suggest everything in moderation, right? But I’ve got an itsy bitsy, teeny weenie, steamy kind of dreamy need for podcasts. And I think my weakness might hover right on the edge of addiction.

I actually crave my daily dose with an urgency that suggests the necessity for an intervention. I’m a knowledge junkie, a story fanatic, an anecdotal zealot—I pine for the adrenaline rush of hearing my pushers’ voices break through the silence in my ear buds. There are four men in particular who have encouraged this uncontrollable habit of mine. Four men who all work for the great drug lord—NPR.

National Public Radio. Each country has something similar—their own kingpin. The BBC, PRI, ABC. I could go on, but I’d bet there’s no need. We’ve all got our source, and sometimes we need to keep it under wraps lest it reveal too much about one’s slant on the world.

But I’m revealing mine, and maybe it’s a desperate plea for help, but I have a feeling by admitting my podcast obsession, you all might just increase the volume and make it worse by offering up your own. And then I’m going to need to taste yours too. Just a small dose to see how it compares to the stash I already get. It could send me right over the edge, and come the holidays, when I’m supposed to be in the kitchen basting, stirring, baking and carving, one of my kids will find me sprawled on the floor, eyes glazed over, my ear buds doing the work of an IV drip hooked up to the bag of juice that is my smart phone on the counter.

Firstly, let me correct two misconceptions I may have created. I’m not stating that I am a news junky, and only get my worldly knowledge from one source. That would be the near equivalent to feeding my body all its necessary nutrients only via chocolate. I’ve tried it. And it’s missing a few things. Like a good chunk of the building blocks for a functioning brain and body. But I gave it a royal go—for the sake of science. No, it’s not political issues, economic reports and scandalous headlines I’m after, but rather pure human interest.

The other fallacy is that all four men work for the organization. The big conglomerates only pimp their work. All this is nearly irrelevant, because I’d like to get down to brass tacks and introduce you to four men I would not like to live without.

Guy Raz. His geeky, chunky glasses with tape in the middle sound has me sigh with delight every time he begins his podcast and hosts The TED Radio Hour. The man has an extensive history, working his way up the ranks in radio, both in the studio and on the field, and has the accolades to match his efforts. And through this accumulation of experiences he’s developed an audio personality that people warm to immediately. He pulls out the best of his interviewee’s tale and hands it to you with a warm mug of just for you. As if TED talks could get any better, Guy Raz squishes the best parts of at least four of them into less than an hour. And because of this, I just want to squish him.

Next up? Two fellas who share a mic, and with whom I would willingly share a last meal, my last bottle of wine, or a small row boat while we wait for the inevitable possibility that we will never see rescue. Why? Because so much that comes out of their mouths is rewind worthy. 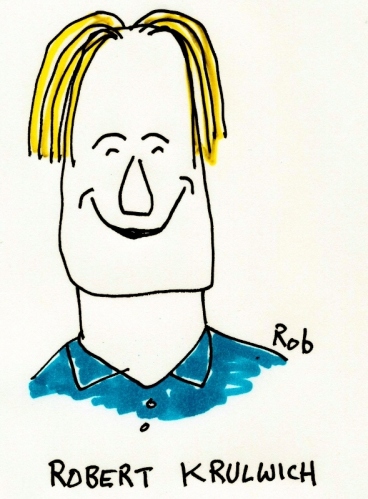 That’s right. I find them so interesting, and so opinionatedly creative, that I spend more time going backward in their podcasts than I do moving forward. Robert Krulwich and Jad Abumrad, the hosts of Radiolab, reel their audiences into a world where curiosity is deeply explored. 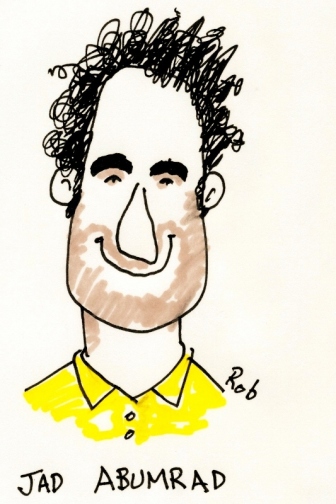 Their descriptive tag:  Where sound illuminates ideas, and the boundaries blur between science, philosophy, and human experience, neatly says it all. They are the answers to your inner, never-ending, five-year old self’s desire to ask, BUT WHY?

And finally, a man so well-known for his prowess in storytelling, I doubt there is an honor or award that has not found space upon his walls and shelves. To be a part of the production of anything Ira Glass creates is like being a part of something that might be canonized for future generations when wanting directions for building the ethereal soul of a story.

A soft-spoken bard, Ira Glass takes you on a journey in the podcast This American Life with stories that talk of mostly everyday folks doing ordinary things, but he sprinkles extraordinary perspective around it. Ira can make the act of watching paint dry turn into an spine-tingling philosophical adventure. There is magic in that minstrel’s narrative, and he encourages me to look at life through a lens I’d like to make permanently mine.

And so it goes with each of these stewards in charge of spinning a colorful yarn. They capture my attention with their shiny, fluttering strings, weave a tapestry of turmoil, exploration, hypothesis and kismet into a large enough mat where we set sail upon updrafts and thermals. And their stories are as fickle and unpredictable as the wind. I never know where it is we will go, or how we will get there. I only know that when it is all said and done, I want another ride.

I am obsessed, I am devoted and I am happily under the influence.

October Gotta Have a Gott

In January, Rob and I announced that his sketches will be available toward the end of the year in the form of a 2015 calendar! And our readers would get to be the judges and voters for which doodles they’d like to see selected for each month. We’ll reveal the winners one by one, and come November, If you’ve Gotta have a GOTT, you can place your order. See the cartoons in competition and to cast your vote.

66 thoughts on “Give Me the Straight Dope”