There was no freaking way she was going to redecorate my room. No way on earth. She had that power at one point in my life, and as a result, I spent my teenage years in a sunflower yellow room adorned with far too much poppy imagery.

I finally had my own space – of sorts. I spent the first week of my summer in Boston scrubbing the floor, spackling the walls and maneuvering the biohazardous excuse for a mattress gracefully out of the window. Then I painted everything brown. And threw the entirety of my wardrobe on the floor. The space was officially mine. 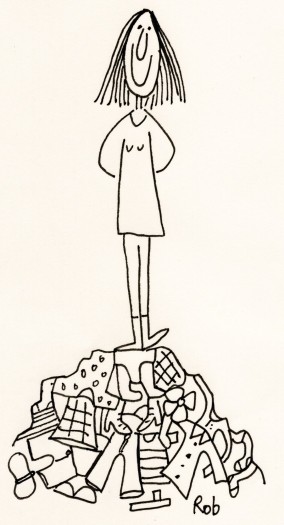 NO POPPIES. OR BRIGHT COLORS. NOT HERE.

Such interference must be prevented at all costs. So I crammed every minute of the weekend with plans to explore the revolutionary and overwhelmingly Italian parts of Boston. (Distinct neighborhoods, albeit.) No time for redecoration.

But first, she had to climb five flights in the sweltering evening heat, only to be greeted at the top by a bathroom that was literally growing hair out of every drain. (She got that part right.) However, no challenge is insurmountable when one equips my mother with a little red wine and stolen fans from the communal living spaces.

We were awakened the next morning at sparrow’s fart by the music of hundreds of trucks idling outside my window. (Two seasons in New England – winter and construction! Hahaha… so funny …I want to burn this city to the ground. Just kidding. Maybe.)

We embarked on a grand adventure to see libraries and historic churches – basically my mother’s favorite things – and she attempted to “check out” books from a library she does not belong to in a city she does not inhabit. No, Mom, published authors don’t get automatic librarian rights. Don’t listen to Grandpa.

We toured a historic art museum famed for the world’s most expensive and currently unrecovered art theft – I think my mother gave off a slightly suspicious vibe, as we were followed around by a number of guards from room to room. Either she didn’t notice or was intentionally messing with them by standing a hair’s too close to the artwork and exclaiming loudly “This Rembrandt would go perfectly with the bathroom color scheme!” Regardless, they broke a sweat.

We explored a booming Farmer’s and Artist’s Market in South Boston – I have never seen her accumulate so many samples so quickly. She had it down to a script too  – “Yeshihello, how are you, marvelous, I live in the area and will definitely be back to buy more of your product, may I try a sample of your local deliciousness thankyougoodday.” We made it out of there with literally enough food to last the rest of my collegiate career.

(If you’re not picking up on a theme here – my mother is a klepto. Of library books, priceless works of art and artisanal cheese samples. I plead unknowing and accidental accomplice.)

We hiked Boston’s Freedom Trail, a winding path through the tumultuous history of the Revolutionary War- it also happens to wind through the North End, where overstuffed cannoli and fresh, cheesy pasta distract from the patriotic quest. And I do not say “hike” lightly – after repeatedly climbing the five flights up Dante’s inferno to my place, we decided to also climb the Bunker Hill Monument at midday. We basically climb stairs now. It’s a hobby.

Finally, a surprise I had meticulously planned – an evening on a sailboat and a visit to the best improv club in town. But the good old public transportation system, essentially comprised of turtle-drawn buggies, had different plans. Hence the running three miles in flip flops, tearing through a quaint harborside party reception waving my arms and screaming “CATCH THAT SAILBOAT!” Not gonna lie, probably one of the most epic things I’ve ever done.

Now, just to complete the picture, here are some pictures.

Conducting business on the sailboat. (I.e. dealing with the homefront crisis in which Grandma forgot where the cat food is. Classic Grandma.)
She knocked over an encyclopedia right after this was taken. I kid you not. It was so loud. 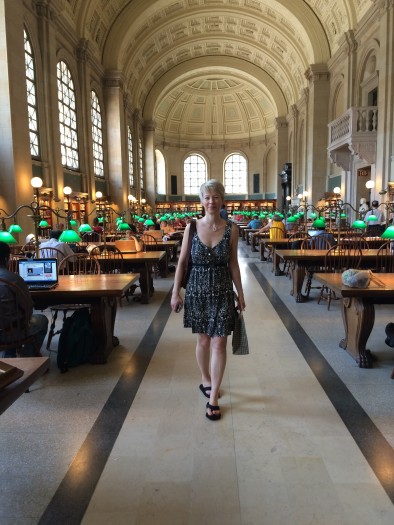 Washing the kleptomania from her hands in Boston’s picturesque Frog Pool.

Apparently a proud supporter of the internment of Samuel Adams.

The face of a woman who is done with my preposterous selfies. 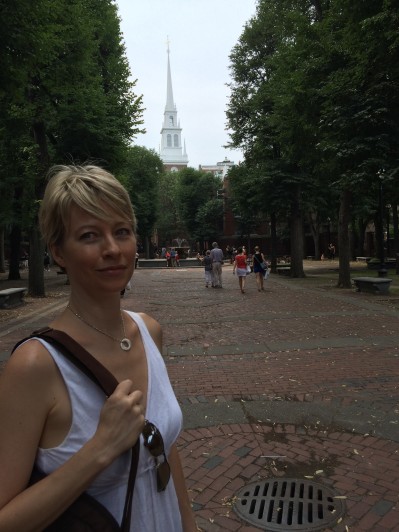 A preposterous selfie. That stone circle behind us marks the location of the Boston Massacre. A lack of tea makes everyone cranky, apparently.

At the end of the weekend, she departed, leaving me with a mountain of nut cheese and crackers made from seaweed harvested by mermaids. I’ve already started to plan the next adventure, which will involve more racing to reach ships in time and less opportunities for my mom to get thrown in federal. And, most importantly, at the dawn of the next week, my room was still clothes-strewn and completely bare of poppies. 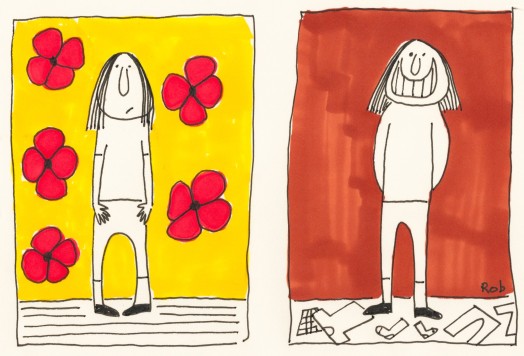 72 thoughts on “My Mother, Thief of Goat’s Milk Products”

Error: Twitter did not respond. Please wait a few minutes and refresh this page.