We’re occasionally faced with asking ourselves the question: What is the definition of home?

The answer I usually provide is: Wherever my collection of scotch resides.

But in truth, as we all know, it is more than that.

It’s: Wherever my collection of scotch and Glencairn glasses resides.

Because really, drinking straight from the bottle is just barbaric.

If I were forced to expand upon that description though, I would add that my furfaces—the hodgepodge of bewhiskered, keen of eyesight, and sharp of teeth domesticated companions—would, with great certainty, be found sprawled on some floor. Usually right beneath a bottle of whisky I’m trying to reach.

Also, my books. They would need to be included within that sphere. As books are the most practical of possessions. They educate, entertain, act as trivet and coaster, and in a desperate pinch, garden trowel.

And as most people could attest, one’s home often comes with an eclectic set of quirks—uniquely perplexing at first, but ultimately leaving one resigned to its presence.

When you first move into a freshly built home—one that comes with the architect’s telephone number temporarily affixed to a wall in each room for easy access to explain what this button does or to report this doohickey still doesn’t work, one also hopes that it comes equipped with a full staff to fix those pesky particulars.

When one moves into an older home, say a dwelling that has seen the birth and death cycle of a few families, one should expect the house will have accumulated a few peculiarities that no architect can explain away, and no butler can restore. It’s also likely the old house will have accumulated a dead relative or two who one of the previous families neglected to take with them.

I’m fairly sure I’ve got one of those.

And it’s no surprise to me, as I am used to the presence of old dead relatives and long ago acquiesced to the idea that my family was stocked with deceased witches, soothsayers, crystal gazers, and astrologists. Women who had a habit of making strange announcements suggesting you were just as weird as they, and that one day you’d all gather at some great Wiccan bonfire in the afterlife.

Until then, they would have to suffice with pestering you during your current one.

Seriously, yesterday I had a thirty minute conversation with a flickering light bulb. 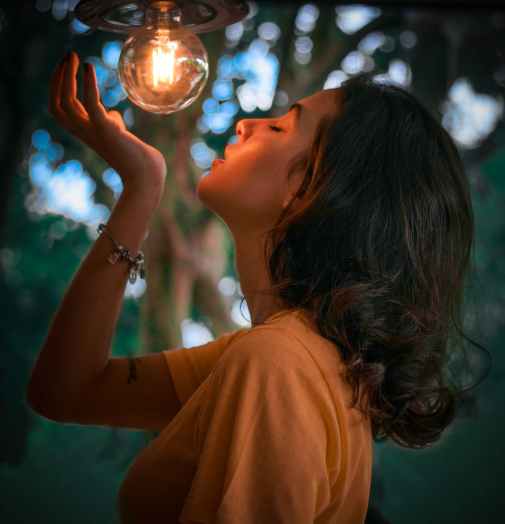 Photo by Nayara Dinato on Pexels.com

I’ve called in an electrician, but I’ve done that before and not been surprised when the resulting diagnosis included the phrase, Hey, lady, this thing ain’t even plugged in.

This month I had a birthday, a fairly noteworthy one according to our culture, but birthdays have never held much weight for me other than to grasp the opportunity to sit down and recalibrate.

I like the feeling of biennial rhythm—a life cycle of two seasons from New Years to midsummer and midsummer to New Years—in order to see how six months of effortful work in some direction is fairing.

I usually scratch out on pen and paper new projects, new habits, soon-to-be discarded habits, and the odd lofty goal or two. I ask myself the age old question, Are your mindset and behaviors still serving you? And then proceed to block out any mental responses I find prickly or distinctively unattractive.

This year, I ratcheted up my level of earnestness and wrote a list revealing sharper resolutions coming from a more candid examination. Fruitless labor is out, accumulation of new skills is in.

When one lives on one’s own, there comes a time when you look around and discover that the architect is no longer returning your calls, and the butler left to become an Instagram celebrity. Therefore, purchasing a drill is at the top of the list.

As are things like nails, hammers, vises, and pliers. Bonus to the guy at the hardware store who convinced me that every girl should have a reciprocating saw that can cut through a person like butter. Best not to ask for a bag of fast acting lime to go on your tab straight after that though.

Feeling quite plucky and proud of myself, I set to work with a newfound sense of purpose fueled by my annually refreshed mission statement: Don’t waste my time, Life, I’ve got some serious shit to do.

And this would have all been fine save for the fact that I’m certain one of those ‘stayed behind specters’ was reading my list across my shoulder and then, cackling with great glee, called over her other residuum compatriots, and they all agreed I should reexamine my new motto.

Nothing was as uncomplicated as I believed it should be. Nothing as straightforward as I’d hoped.

Spending an hour spraying weeds on a hot sunny day is met with an ancestral titter of On your knees and pulling by the root is not fruitless labor, as one gains an appreciation for toiling effortfully.

And then the sky darkens with clouds and immediately washes away my insecticide.

*insert a great shrill of sniggering laughter here and an ethereal chorus of Perseverance is not superfluous exertion.

I get it. You’ve all made your point.

Perhaps I was a bit glib with my whole I can do anything charge into battle bit and must remember an old adage of my grandmother’s: the higher the price you pay for something, the dearer it becomes to you.

And yes, I think I’m willing to devote time and effort to a footpath with no poison ivy, and clean clothes with which to travel upon it.

Now I simply have to discover just how much an exorcism costs because no longer conversing with a chandelier is likely worth a pretty penny or two. 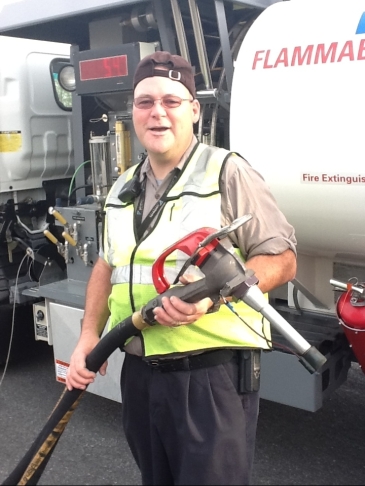