Do you remember that old United States Army slogan? The one that barks out: We get more done before 9am than most people do all day.

Yeah, I’m not so sure what level of commercial success those folks found when using that little jingle to advertise club membership in America. To be honest, I think McDonald’s research proved a little more triumphant when broadcasting their opinion of: You deserve a break today. 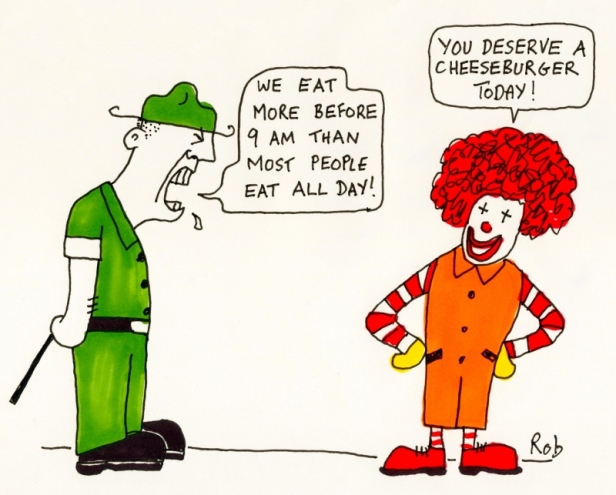 Still, I bet most of us can probably think of one or two people who actually fit the bill for the timeline of military grade accomplishment. I’ve certainly met one.

Okay, not exactly viewed in person so much as watched on screen from a satellite feed.

Which was a little bit silly since the person was, in fact, interviewed in the next building over, not more than 100 yards away.

But I suppose that’s how someone like Elon Musk rolls, and it was quite fitting for the situation.

Now if you’re one of those folks who barely keeps up with the pace of how frequently your new president, prime minister, or monarch gets voted or crowned into office, then you might be more on par with my ability to track new faces thrust into the media spotlight.

So here’s the skinny on Mr. Musk: He is not a musician, a sports star, or a politician. He is not a reality TV character, an author, or a celebrity chef.

He is basically a giant brain supported by a couple of legs. 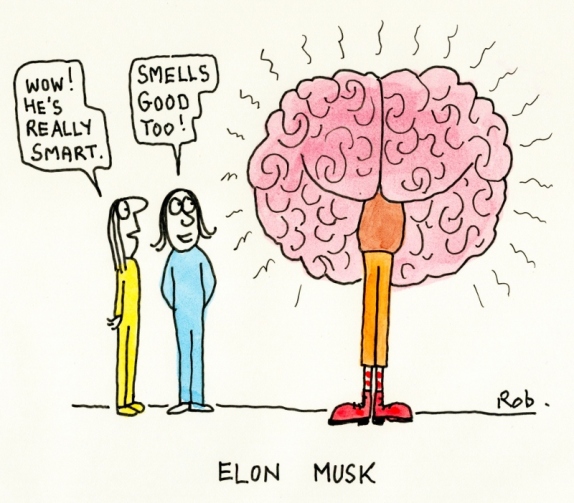 In truth, Elon Musk may very well be all of the things mentioned above, but his accomplishments in those categories have yet to make headline news. But I’m sure if we all give him a minute or two, they’ll start to show up. He truly has the biological computing power equal to ten people, and seems to have fit each of their lifetime achievement awards into forty some years.

A few of this man’s accomplishments include co-creating PayPal, working as CEO and head of product design at Tesla Motors, occupying the chairman’s office for SolarCity, and oh yeah, in his spare time, he launches rockets into the great cosmos with a little company called SpaceX.

The opportunity to hear Mr. Musk interviewed was brought to my attention by my daughter, when she announced he would be appearing on her campus as part of an aerospace symposium that would include some of the most current and historic superstars that have left their mark within the history of space exploration. Was I interested in throwing my name into the lottery with the hopes that we could get a couple of seats in the auditorium to see the Q & A?

Sadly, the lottery did not work in our favor, but the university kindly did not leave us standing in the lobby with our ears pressed against the theater doors. They set up a few more rooms where folks could watch big screens broadcast the interview for that ‘doesn’t it feel like you’re practically on stage with him?’ experience.

And truthfully, I think it was probably more revealing than sitting in the back of the auditorium just behind the woman with the hairdo that required its own zip code and the man who had set new physical records for height and breadth on his pediatric growth chart. 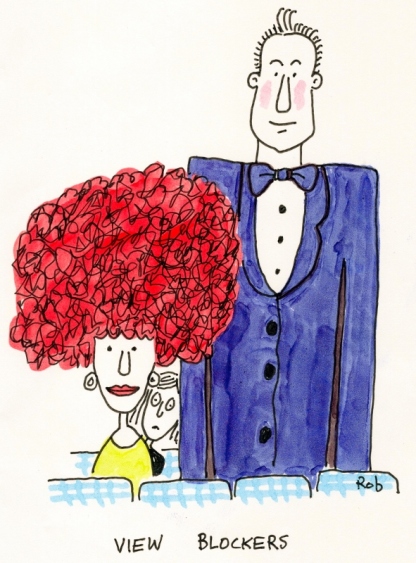 The first thing I noticed was our guest speaker’s eyes. They were showing signs of more than your typical wear and tear. I turned to my daughter. “Somebody needs a nap.”

After initially shushing me, she said, “The man doesn’t have time to sleep.”

“I hope he’s not refusing his body the biological need to use the toilet as well in favor of harnessing an asteroid. I’m pretty sure there are a bucketload to choose from.”

My daughter ignored me. The great god of science was speaking. And if you didn’t closely pay attention, you could very easily miss out on an off the cuff statement announcing his next biggest venture. Mr. Musk was like that. Little pomp and circumstance. Just a casual comment about how now one of his companies was planning to reuse their rockets instead of allowing them to crash into the sea, another company was going to create a subsonic air travel machine that would flip folks back and forth from Los Angeles to San Francisco faster than one could make a sandwich, and yet another that is working on a solar powered, suborbital, metagalactic spacecraft that will not only stop time, but reverse it in 30 minute increments.

Okay, that last one I made up, BUT I WOULD NOT BE SURPRISED!

Elon Musk is a man who doesn’t just gaze up at the stars in wonder. Chances are he’s a guy who recently looked up and decided he was growing weary of the same ole same ole constellations each season, and according to the latest space frenzy gossip, will likely whip up 700 new satellites to blanket the Earth and provide global internet access. It might be nice to see some new bling on Orion’s Belt, right?

I suppose for a fellah who finds ideas spilling out of his brain at such a clip, and who regularly works a 100 hour week, it’s not unexpected to see his name and face splashed across the news as many times in a day as I brush my teeth—and I am all about dental hygiene. 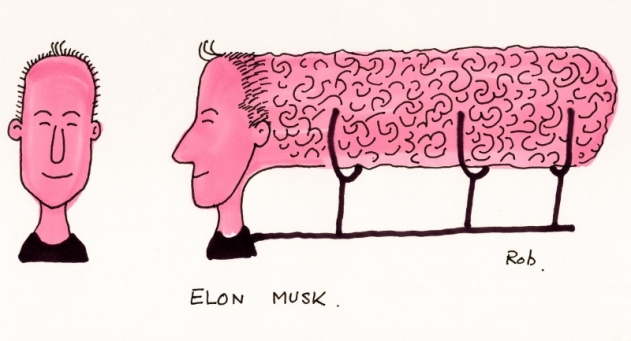 And it’s not a shocker to see how hard he’s working to get our butts onto Mars, to give us Earthlings a new pad to crash. Because one thing I recently discovered about the red planet is that its day has 37 minutes more than ours.

After learning this trivia tidbit, and having absorbed all that’s on this fellow’s ‘to do’ list in any given day, I’m guessing Mr. Musk is just hankering for one where he can get everything done and throw in a quick thirty minute kip to reboot.