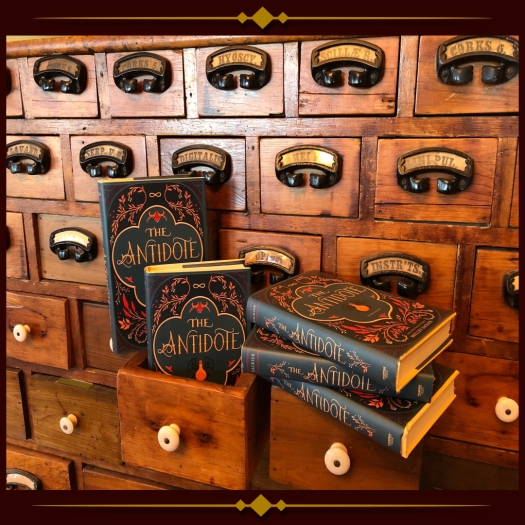 There is nothing like the joy of bringing something new into the world—something you worked incredibly hard to produce. A baby, a book, a barrel of whisky—they’re all boxes I’ve been privileged to tick off.

The thing that brings absolutely no joy, but is also heavily represented in the realm of the world of production, is the waiting that comes with it.

I am not a waiter.

I am a pacer, a tosser and turner, a nervous finger drummer, and a clock watcher.

I wear out carpets, pound and fluff pillows, and have more scraps of paper containing chaotic time-tables than the TSA currently, as they’re scrambling to fill “no-shows” in their employee work schedules.

And whether I’ve been hauling around a growing human, chattering on social media about an emerging tale, or taking far too many samples from the barrel “just to check its progress,” there is one thing certain about all of them:

They ain’t done till they’re done.

The element of time is something I cannot alter. And altering it is the one thing I wish were at the top of the “to do” list for a few more scientist, physicists, and local crackpot sorcerers.

I’m really not fussed who it turns out to be is the person we all bow down to after he or she has discovered how we can tinker with a timeline to suit our needs, but surely someone is going to wear that sash and crown eventually, right?

For years, whenever visiting universities for my daughter’s college campus test drives, I’d manage to find a way, specifically out of earshot of my “I’m going to help conquer space” child, to have a private conversation with one or two of the professors we’d met. I’d inquire about space/time travel, they then made a wide berth of me for the remainder of the tour.

It’s only now, maybe six or seven years later, that the chatter on that subject is finally one that fills the internet with graphs, pie charts, and spreadsheets made from multi-degreed scientists and not just science fiction authors.

It’s a teensy bit ironic that I’m having to wait for time travel.

Weirdly, just as strong as the desire to leap forward to arrive into the moment of accomplishment, there is another want that travels at its side, in its shadow: the yearning to leapfrog back.

It is impossible to do, of course, but anyone who’s ever endeavored to journey through a long haul production will likely agree that at some point within the undertaking—whether halfway through or at the finish line—you will feel a desperate urge to return. To tweak, to adjust, to unclutter. To reappraise, jigger, and amend.

But again, science is moving molasses slow with their participation in giving us this option. A bit like the speed of a snail with a limp.

And thus we are left with a few paltry alternatives. First—be circumspect with your work from the get go. Second—suck it up and deal with the regrets. Third—hide, Thelma and Louise it right off a cliff, change your name and buy a food truck/mammogram van to fill the need for cancer prevention through comfort food. Call it Two Boobs for a Biscuit. I don’t know. I’m riffing here.

Anyway, the point is that we can’t go back.

The good, the bad, and the ugly. And in some worst case scenarios—failure.

But … what people often misunderstand is that right up until the moment of the outcome is not a colossal waste of time or effort. The result may be called failing, but the rest is called learning.

I know that’s a small measure of comfort when you’re on the precipice of seeing your results unveiled. It brings little relief to those of us in charge of a gazillion dollar mission to Mars that sees catastrophic calamity in its “all done and dusted phase” to have the ability to say, “Well, at least we know what line of code doesn’t work.”

But it’s a necessary and unavoidable part of all progress. Period.

And the concept of ‘progress’ brings us back to the whole idea of time, movement, and achievement. The text missing in this chronology is the word reflection. When our efforts are spent and we’re left with an outcome, sure, we can choose the food truck, but we can also choose the food for thought.

Mindfully revisiting and diligently muddling through a postmortem are key for advancement, for if there is one thing I feel certain of, it’s that I simply do not want to be good enough to keep my feet on the track, I want to keep my feet moving forward.

So yes, the waiting for our books or babies or booze to be complete must be reframed as not stalling out. Reflection and projection might be very capable methods to utilize at these moments. We can learn from our past—and one day, if science will finally hear my beseeching petitions, we can learn from our future. All so that we will not just survive the present, but thrive within it.

I’m a creature of habit.

A couple of them I like and have come to depend upon—like sleeping, eating, and general brain function reliability.

One or two have stuck around that I’m not terribly fond of—like hitting the hay too late, forgetting where I’ve parked the car, and stalking Neil deGrasse Tyson in hopes that he’ll change his mind and finally decide to co-author a scientific paper with me on the plausible objectives of time travel through human-sized, uncooked rigatoni noodles.

I think he’s afraid he’ll have to do most of the authoring. But I’ve assured him I will pull my weight. I will keep our coffee cups filled. I will keep all the pencils sharpened. And I will do my best to man our Twitter page and keep it filled to the brim with pithy, clever snippets that reflect our opinions on all things hyperspace bypass related.

This bad habit could turn into a big bonus for the both of us.

The cat is awake to eat. 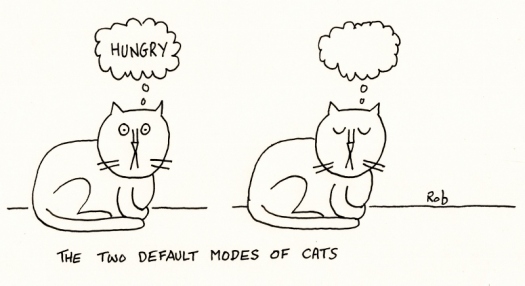 My hound has a slightly more varied routine, but he too keeps a predictable schedule, which is why at around 11:30 last night I was surprised to see him wander into my bathroom while I was finishing my evening ablutions.

“Shouldn’t you be outside making your last security rounds?” I asked him with a mouthful of toothpaste.

Ran into a tiny snag.

“Why are you bleeding all over my bathroom floor?”

The tiny snag had teeth.

“This does not bode well for my precious Italian faux marble tiling,” I said, wondering if the pooling blood would stain.

I sighed. “Go get me a bucket of bleach and a wire brush.”

A Band-Aid would suffice.

“And if I go into that housekeeping cupboard tomorrow and notice you’ve stolen all my camphor moth balls again, there’ll be a reckoning.”

I had a stuffy nose.

And so it went.

I cleaned him up and noted the two deep puncture wounds on one side of his hind leg and the graze of teeth marks on the opposite side.

I didn’t catch his name.

“No. I mean what animal did this to you?”

Something massive that obviously hadn’t had dinner yet.

“Well, it’s bedtime. No more prowling about tonight—got it?”

The look I got in return was one that suggested I had an IQ equal to that of tapioca pudding. We shuffled off to bed. But sadly not to sleep.

As is wont to happen round about this time of year, the whippoorwills make their annual appearance and settle in around the woods and meadows surrounding the house. From far away, they offer a dreamy, somnolent tune, echoing through the cool spring nights.

Sitting beneath your window, they are shrill, piercing, and an aberration of nature–as anyone would attest they surely have three lungs.

For thirty minutes I did my level best to ignore the siren song which was truly much more of an honest to God siren and less so a beautiful, mythical sea creature calling me out to the crashing waves and hidden jagged rocks.

I got up, opened the porch door and encouraged it to take its evening serenade elsewhere. “For the love of all things holy, I’m begging you, PLEASE BE QUIET!”

I soon gathered that the bird balladeer and I did not speak the same language, or perhaps he interpreted my hand clapping as applause. He simply relocated to the space beneath another window.

The following thirty minutes was difficult to breathe through as I had my head beneath two pillows.

It was clear this bird was hoping to make it onto the Avian Olympic team and that his training facility was any perchable place within 12-24 inches of my house walls. The incessant aria, the rigorous, methodical whooping warble was worthy of a gold medal for effort. And a twelve gauge for the likeability factor.

I got up, went to the window and gave it a couple of good solid thumps. When this achieved nothing, I opened it and began shouting into the night. “I know where you live! I will not be fooled into looking skyward! I know you’re all ground nesting birds!”

I looked at the dog who was still tending to his wounds. “You’re wel—”

And then there were three.

This bird had called in for backup. The flock now positioned themselves on all sides of the bedroom walls that faced nature. It was a trio of torturous, ill-timed tunes.

I groaned and found a pair of previously owned earplugs. I shoved them in so far they practically met behind my nose. I burrowed down beneath two pillows and a quilt. I hummed. I made ocean-like white noise.

After ten minutes, I got up and called for the dog. His head was firmly wedged beneath the bed.

No, thank you, he said, glancing at the fang imprints he now sported.

We both spent the rest of the night being miserable and met up in the kitchen at breakfast—me fresh from a shower and him coming in from outside.

So, this might be of interest. He dropped a greeting card in my lap.

He snorted. You know I don’t read. But it was right outside my dog door.

I read it aloud for the both of us.

‘Hey, bud. Sorry about the bite. I thought you were a whippoorwill. Those things are driving me crazy.’

I looked up from the note. “Well, apparently some of Mother Nature’s brood has manners.”