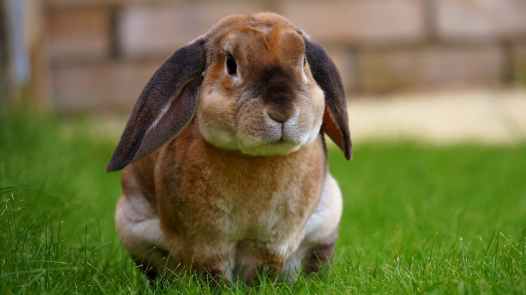 Photo by Mike Bird on Pexels.com

Last year, I had a gazillion bunny rabbits gather on the lawn both at sunrise and sunset every day through the three beautiful months of spring—nibbling, lounging, fattening.

This year, I have been hard-pressed to see even one dash out in front of my car as I trundle down the mountain to run a few errands in town.

Where did they go, I wondered?

This morning, I watched a brawny and brutish red fox prance along the woodland’s edge, patrolling the perimeter, his ears and swishy full tail twitching with anticipation at any movement or sound from the grassy border.

There were a few brief, tense moments when the world virtually paused, my breath suspended, when with lightning quick speed, the fox sprung into the air in the direction of a fat rabbit, dashing from the safety of her brushy compound, making a run for it—out in the open.

Now, I know you’re all wondering what happened to that fat little bunny, and I could be cruel and tell you that’s not the point of this essay, but for the sake of keeping friends, I’ll relieve your suspense.

But it won’t be for long, so let’s not grow accustomed to her furry little face.

Because bunnies are accidental survivors. Countless times, I have taken walks and come across one of them on the side of the path, and their method of life management is nothing more than freeze.

If they find they’ve fooled you into believing they’re actually a painting or statue, well … bully for them. They live another day of blissful clover grazing. If you are a predator and make your raptorial move, then their only hope is to outrun you, or “under-size” you by fitting in somewhere you cannot.

Not much to be impressed by.

A fox, on the other hand, is a planner. A plotter, a schemer, and wholly opportunistic.

Unlike a bunny, his nose is not focused solely on the floral fragrance of the tender shoots from the genus Trifolium, but also notes whether or not those herbaceous patches carry the scent of lucky rabbits’ feet.

Lucky for him, anyway.

Treading the path once or twice during the gloaming hours, he notes their playground and their warren holes, then takes a quick kip till just before the time sparrows fart and the sun’s rays creep over the dewy grass.

He positions himself in their familiar Don’t mind me, I’m just a figment of your imagination style crouch when muddle-headed bunnies womble out of bed and head to the clover cafeteria, and then waits until …

Breakfast and exercise all in one fell swoop.

Nothing to do but sleep off the meal. 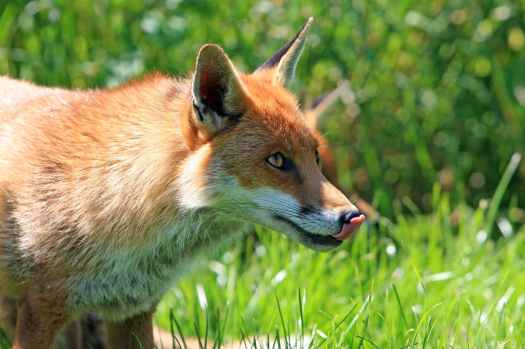 Photo by Pixabay on Pexels.com

And possibly be surprised by a sharp wake-up call in the middle of the night, as he is now surrounded by a ring of coyote—canines recognized for their ability to utilize deception and cheekiness to their benefit.

Obviously, our fox sees little comedy in his demise, but I can certainly appreciate the turducken style gallows humor and feel compelled to view life outside my window through these optics.

To do anything less would have me lamenting about the woodland hills, the smell of death thick in my nostrils, and an overwhelming feeling of despair and fatalism cloaked about my shoulders.

I cannot live life like this, mostly because I was raised on a diet rich with despair and fatalism, but wrapped up in a puff pastry crust of Monty Python humor.

I know some of you might be wondering where I’m going with this whole essay, and it would be crystal clear if you saw the books and articles scattered across my desk:

How to Write Better Bad Guys

This is a time period (in between books) I designate as “The Gathering.”

The collecting of ideas, the generating of plots, the reviewing of old writing habits that no longer serve and need to be replaced.

We are surrounded by them in our everyday lives. They are the people who we intermingle with often and repeatedly: the guy who cut you off in traffic because he saw an opening and took it, your boss, who criticizes your work in front of a roomful of your coworkers which leads to you pull an all-nighter to prove her wrong, your ex, who tells every handyman in town that you don’t pay your bills on time and sometimes not at all.

But … not in theirs.

In their minds, they are doing what’s right. What’s right for the flow of traffic, the result of the project, and the protection of the local business owners who don’t deserve to get burned.

In their minds, why would they choose to do anything else?

A fox is never going to pass up the bunny buffet. The coyote would be harebrained to skip out on the freshly prepared “foxbunherb.” And the only thing missing now is what follows to bring down the sharp-toothed pooch.

I vote Monty Python’s Foot of Cupid. As there is nothing more satisfying then seeing your enemy squished by an animated sketch, followed by the juvenile sound of ripping flatulence. And truly, this is the Universe’s way of saying enough is enough.

It is an effortless exercise to read about creating great villains on paper, and then see the perfect example of them right outside my window. The thing that makes them perfect is that they are all relatable. We understand them. Their motivations. And can empathize with their actions.

They are not evil for the sake of being evil. 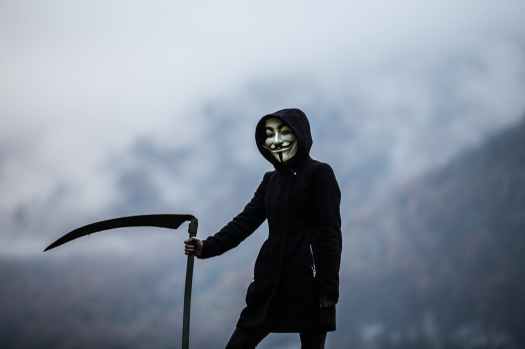 Photo by Wendelin Jacober on Pexels.com

Some of them, in the case of a humongous, hand-drawn heel are just evil for the sake of being hilarious.

And I can live with that.